Located within the traditional territory of the Lheidli T’enneh First Nation, the Baldy Hughes site has been referred to as such locally since at least 1913 and comes from a rather colorful character, and early British Columbian pioneer by the name of Hughes also referred to as “Baldy”.

The current site with its conglomeration of buildings began as a US Air Force Station built in 1952 and operated as part of the “Pinetree Line” series of radar stations located across the northern United States and southern Canada at about the 50th parallel north.

We are focusing on renovating and updating one of the residential buildings to house some administration aspects as well as housing. The Green Building, as it is known, will function as the main entry building to the site and will contain an intake area for new arriving tenants. There will also be housing for these new arrivals in this building where they will be housed before moving in to join the rest of the facility. The rest of the building will house the administration aspects as well as housing for the staff.

The building is to be upgraded and meet step 4 of the building cod. This required elevated requirement means that the building will be reinsulated and upgraded to meet Passive Home levels of energy efficiency.

01 – Aerial view:
View from the plane on our approach into Prince George for the drive off to Baldy Hughes.

02 – Baldy Hughes Garage Building:
One of the typical buildings on site, the garage building.

03 – Baldy Hughes Green Building:
A view of the exterior of the Green Building, the focus for this project. The building is currently not occupied.

04 – Typical Suite:
Photo collage of an existing typical suite and what the layout out and functioning is.

05 – Schematic plan:
Plan study for new layout of office area and suites for the green building. 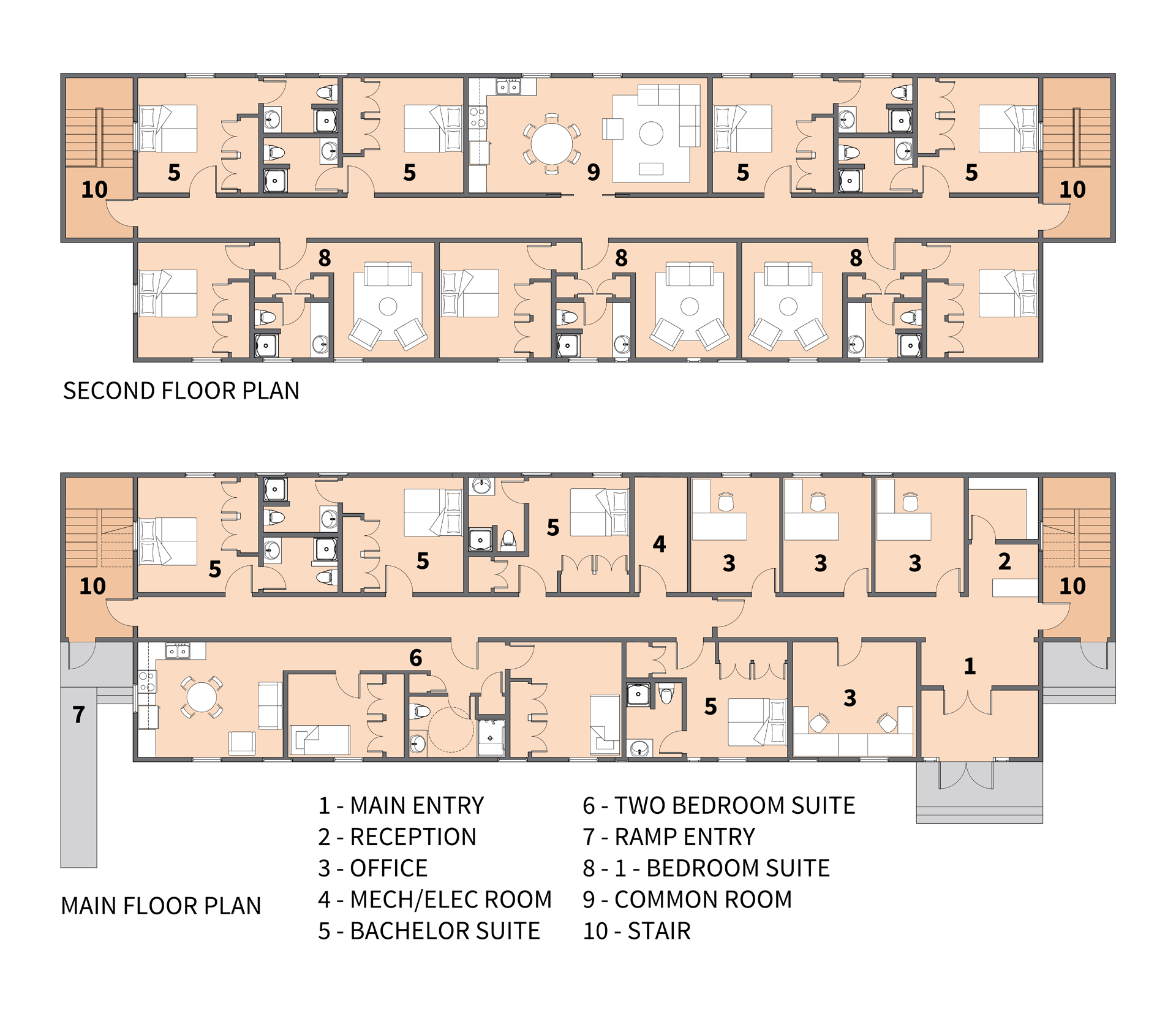 06 – Return:
After our full day session reviewing the site, speaking with the society’s key stake holders and talking about project goals and programming we made our return home to continue on with design work.